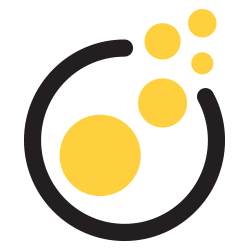 Awareness and Change Inc. is a 501 (c)(3) nonprofit organization that pursues to raise awareness about democratic aspirations and principles, countering extremism, as well as bridging the Arab-Western cultural gap.

Promoting and redefining the Syrian identity and placing it in its historical and contemporary context.

Informing and raising awareness among Arabs about how the West discusses their issues.

Promoting for Syrians’ initiatives and works that serve for the advancement of good practice.

Building bridges of knowledge and fostering collaboration for the benefit of the Middle East & U.S.

Recognizing and supporting Syrians’ positive initiatives towards their communities worldwide. 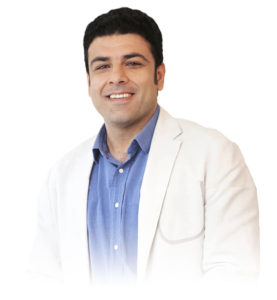 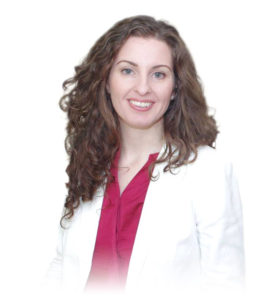 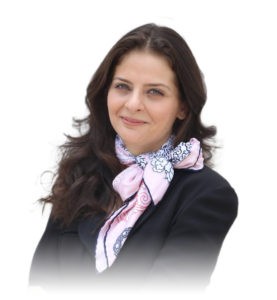 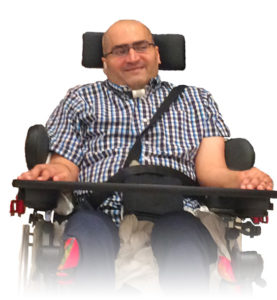 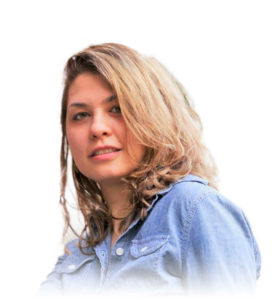 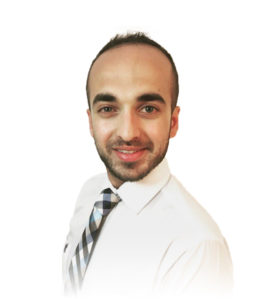 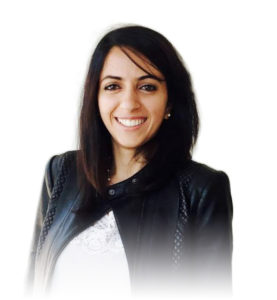 Eiad is a social activist, media and drama professional who advocates for democracy principles, human rights and freedom. He is the founder of Awareness and Change Inc.

With an extensive experience in managing media organizations and in drama production and writing under his belt, Eiad has been very active in communicating with Syrian youth to raise awareness concerning principles of democracy and human rights, debating several public affairs, and writing various articles that call to counter extremism.

Qusai is a business manager with strong management and operational skills.

He brings robust experience in business development and analysis, and a track record of 20 years of success in profit and non-profit business management and development, as well as in communications, media production, and financial management.

Qusai holds an MBA from the University of Leicester, U.K. and a Non-profit Organization Development Certificate. He founded and managed press, media, publishing, and motion pictures organizations in the U.A.E., Saudi Arabia and U.S.A. Likewise, he presented, produced, and anchored business TV shows on CNBC Arabia Business Channel in Dubai, U.A.E., and Alhurra TV Channel in Virginia, U.S.A. He has also been a contributor on several news channels and business TV programs to comment on U.S. economy and financial markets.

Since graduating in 2002 with a Bachelor’s degree in Molecular Biology from Kuwait University, Dima has worked as a research laboratory technologist in Kuwait University, University of Illinois at Chicago, and currently at the Medical College of Wisconsin.

Dima joined Awareness and Change Inc. as a volunteer translator in the New Syrian project in August of 2014. Her role there has since evolved to overseeing and managing the Translation Department where she proved to be a successful team leader who interacts with team members professionally and courteously, and proved always capable of managing her time and resources very effectively and efficiently.

Ola studied Law at the University of Damascus and has a diploma in media from the Syrian Academy for Training and Development. She comes with successful experience and proven track record in media production. She started by working with world renowned caricaturist’s, Ali Ferzat, at Al-Domari newspaper which was shut down by the Syrian authorities in 2003. She then co-founded and ran Shabablek magazine and Shabablek Media Group from 2005 to 2011, before it was also shut down by Syrian security forces after the beginning of the uprising.

Moreover, Ola holds robust experience in radio production where he produced and presented the sarcastic program“Crazy” on Arabesque radio between the years 2008-2011. The program stopped after the uprising in Syria and recently came back on Rozana Radio, broadcasting out of Paris. In television, Ola served as a newscaster at Orient TV, and is now their correspondent in Washington DC.

Ola is also an activist in women’s and children’s rights and in civil liberties.

Khaldoon Sinjab is a self-made programmer and server administrator who has been providing IT services to several companies as a freelancer since 1999.

Due to an accident he had in 1994 when he was 17, Khaldoon became quadriplegic and ventilator dependent. He is completely paralyzed except his lips which he uses to write and communicate via the computer.

Despite his health conditions, Khaldoon proved skillful in programming, translation books from English into Arabic, and writing articles on IT.

She comes with experience in administration and project coordination where she was a project coordinator at Badael Foundation for Peace Building and Conflict Resolution, and worked for Folkekirkens Nødhjælp (Danish church Aid) with a particular focus on protection programs which included Mines’ Risk Education and Sexual and Gender-based Violence (SGBV). Furthermore, she joined and participated in professional training activities and volunteered in several organizations such as Women Refugees, Not Captives of War, and the Syrian Arab Red Crescent (SARC),

Muzna is concerned about a diversity of issues and has been a member of the Syrian Feminist Lobby, the Syrian Women’s Network, co-founder at Syrians for Truth and Justice, and co-founder of Urnammu Justice and Human Rights, Likewise, she has joined a number of international activist exchange programs with particular emphasis on women organizing for change with Bosnian women and with such reputable organizations as WILPF, MADRE, the Foreign Commonwealth Office of the United Kingdom of Great Britain and Northern Ireland and UN Women.

Mostafa Hassoun is a Syrian activist, advocating for freedom, human rights and democracy within the United States.

He is working alongside several social organizations and local communities promoting relationships between Syrians and Americans.

Marwa is an MBA student at the University of Chicago, Booth School of Business (Class of 2019). Prior to Booth, she worked in the financial services industry for more than 4 years in New York City.

She volunteers with the International Rescue Committee (IRC), Refugees Resettlement Program as an Arabic interpreter and the Refugee Solidarity Network (RSN) as a translator. She is an activist and believes in women’s empowerment, human rights and the civil society.

Marwa moved to the United States from Syria in 2011 as a Fulbright Scholar. She has an MS in Finance (Honors) from Georgia State University and a BBA in Banking and Investments (Honors) from Arab International University in Syria.

Discover Your Talents, Share Your Ideas And Make A Difference. 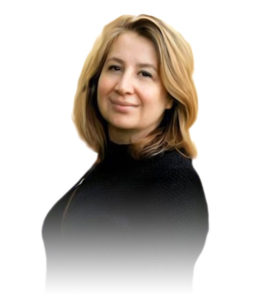 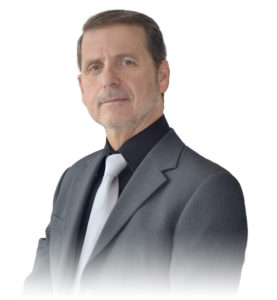 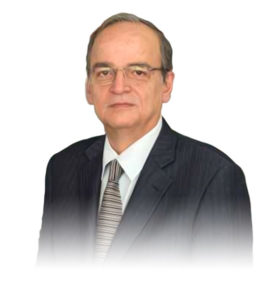 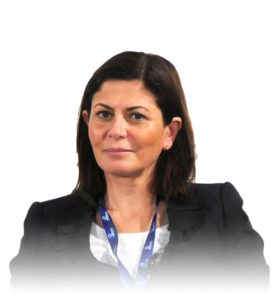 Afra Jalabi is a member of the Syrian Nonviolence Movement. She is the vice-chair of the Board of the Day After Association–a Syrian NGO that created a transitional plan with a group of Syrian academics and human rights activists for a post-regime Syria. She is currently finishing her Ph.D. at Concordia University in the Department of Religions and Cultures. She has been working closely with her uncle, Jawdat Said, a prominent Islamic scholar who has been writing on peace and nonviolence from a Muslim perspective since the 60s. Jalabi is a frequent lecturer on issues related to Islam, nonviolence and gender. She has participated in international conferences and appeared in Arab, American and Canadian media. Moreover, she is a member of the editorial board of the Journal of Law and Religion at Hamline University, and has worked as a columnist in the Arab Press for the last 18 years. Before the Syrian revolution. Afra Jalabi had been a signatory in the Damascus Declaration and was later one of the founding members of the Syrian National Council. She has a master’s degree in journalism from Carleton University and a B.A in Anthropology and Political Science from McGill University.

Dr. Merza lived and worked in a variety of countries, including Syria, Saudi Arabia, the United Arab Emirates and the United States.

He worked as a strategic advisor in his areas of expertise with companies and organizations in several countries.
Dr. Merza published his writings, both in English and Arabic, in journals, magazines and newspapers across the globe.
Currently, he is working as a freelance consultant and a writer/researcher and is, at the same time, volunteering as an advisor and a board member of several Syrian non-profit organizations.

Hadi Al-Bahra is a member of the Syrian opposition movement who was the President of the National Coalition for Syrian Revolutionary and Opposition Forces from 9 July 2014 until 4 January 2015. Al-Bahra holds a BS in Industrial Engineering from Wichita State University, U.S.A. He held the position of Executive Director of Erfan and Bagedo General Hospital in Jeddah, K.S.A. in the period 1983-1987. Likewise, he held the position of CEO for both of Horizon of Commercial Development Co. and Techno Media for several years, and managed Horizon International Exhibitions in Damascus, Syria for the period 2004-2005.

Al-Bahra has extensive experience in communications systems, information technology, interactive display systems, and the organization of conferences and events. He has employed his expertise in communications to serve the Syrian revolution since it erupted, where he contributed to the establishment of support groups to coordinate communication between the Syrian activist and the regional and international media, he worked with the opposition inside Syria, contributing to the media, relief activities and the political side of the revolution. Hadi Al-Bahra joined the SOC in the recent expansion that took place on 31 May 2013. He was then elected to be the general secretory of the political committee. The coalition chose him to be the chief negotiator of its delegation to the Geneva II Conference on Syria

Hind Kabawat has directed CRDC’s Syria work since 2004 and has trained hundreds of Syrians in multi-faith collaboration and civil society development. Since the beginning of the Syrian revolution, she has piloted numerous training programs related to conflict resolution, women’s empowerment, and negotiation skills in Aleppo, Idlib, the Atmeh IDP camp, Istanbul, and Amman. She is also an instructor for CRDC’s graduate seminar, Approaches to Conflict Management and Resolution: Field Work with Syrian Refugees.

Kabawat is the founder and director of the Syrian Centre for Dialogue, Peace, and Reconciliation in Toronto and has served as a consultant and advisory board member at the World Bank. She is also head of the interfaith committee for Tastakel, an organization that includes women from diverse groups working for peace and reconciliation through women’s empowerment and education. In this position, Hind directs a literacy center for Syrian refugee girls in southern Turkey.

She is presently a member of the High Negotiations Committee at the Syrian peace talks in Geneva and is a founder of the Women’s Consulting Group for the HNC.

She has led a variety of public diplomacy efforts in recent years in Syria to promote interfaith tolerance and cooperation, modernization, and reform, as well as educational innovations in conflict resolution and diplomacy education.

In 2007, Hind Kabawat was awarded the Peacemakers in Action Award from the Tanenbaum Center for Interreligious Understanding in New York and the Public Diplomacy Award from CRDC in 2009. She was a member of the Future of the Middle East Committee at the World Economic Forum in Davos and a member of the WEF’s Global Agenda Council for war intervention in 2011 and 2012. Hind is on the board of the Syrian Economic Forum.

From 1995 – 2014, Hind worked at law firms in Toronto as an international counsel. She was the Senior Program Officer for Syria at the United States Institute of Peace until May 2015.